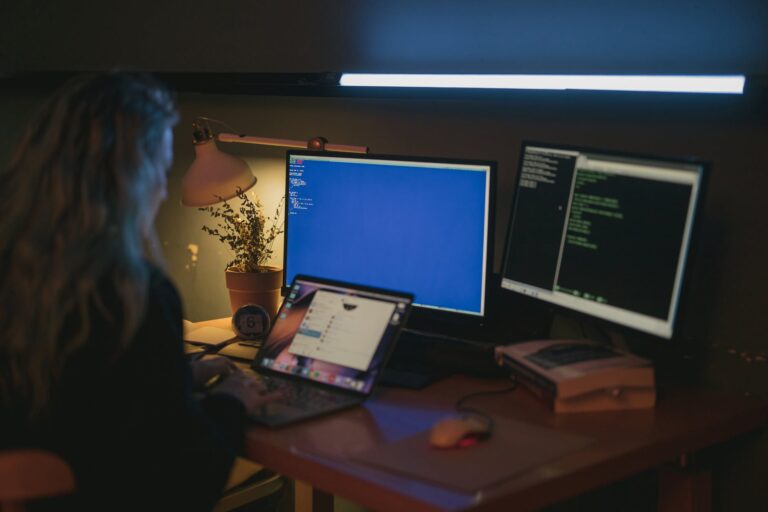 Security is the art of protecting information, ideas, and assets that people value to the point where they are willing to pay for it. A company’s need for secure information and assets varies from their varying objectives. Still, regardless of their needs, everyone’s security target is usually the same. They should protect corporate assets by keeping them safe from harm. The term information and information systems security is often used interchangeably with security.

A security breach can be one of the most significant issues a company faces. A company losing data can mean severe financial repercussions, often dissuading a business from taking the necessary steps required to prevent such occurrences. This means that a company must take serious consideration for its data security.

These issues are so severe that they can even hurt its reputation, significantly impacting its staff and potential customers. Overall loss of money in the market due to identity theft is estimated to be as much as $185 billion annually, a severe concern for cyber security. Of those concerns, a website experiencing a security breach is another significant concern that needs to be addressed. Many people experience a loss of trust in the company due to the security breach, harming their business.

1) Security breaches have dangerous consequences that not even your company can control without the proper IT security measures. They can cause a loss of customers, income, and revenue, as well as damage to your brand.

(a) The reason is simple: A host of people suffer from phishing scams every day, but if the emails are sent from inside a company’s network, it’s an official email address which makes its trustworthiness much higher than the one from outside the network.

(b) The best means for strengthening your brand’s security is to conduct a thorough IT audit and implement a well-planned information security policy. The latter ensures compliance with laws and regulations and the effectiveness of protecting your sensitive data.

(c) There are several reasons why it’s important to prevent malware attacks:
The most common way of preventing malware threats is by having up-to-date antivirus software installed. The second tool is the firewall, which makes sure that no incoming connections are allowed unless they are part of an already approved network application.

(d) The essential feature of a secure IT infrastructure is data storage, as it’s a good indicator that your company is taking security seriously. A well-planned and effective data backup solution will keep you safe from any security threats as it will cover all your data and files throughout the years.

(e) Another critical factor in data security is a well-planned and managed access control policy. It should go along with your antivirus solution, as well as the antivirus software itself.

2) Security breaches and their aftermaths affect a company’s bottom line.

3) Security breaches can be expensive in terms of loss of income, reputational damage, loss of clients and customers, as well as loss of profits and revenue.

4) Security breaches are detrimental to a company’s reputation as they can lead to negative consequences:

(a) Scaremongering. It’s a good marketing strategy to make people think hackers are attacking them, but they are not.

(b) Bringing up negative publicity like hacking scandals and terrorist attacks.

(c) Recruiting IT security companies or other third-party vendors to help you with your IT security issues.

(a) Loss of income and revenue. The expenses incurred in the wake of a security breach can vary.

(b) Some companies show signs of damage immediately after a cyber attack. They experience a drop in sales and profitability.

(c) The financial loss is caused by IT security incidents and physical attacks, such as theft and burglary.

There are financial ramifications on a company’s operations and costs that must be considered, such as:

(a) The costs incurred in the wake of a security breach can vary. Some companies see signs of damage immediately after a cyber attack. They experience a drop in sales and profitability.
However, the most severe consequences occur when a company’s brand is damaged or can potentially lose its market share in the short term.

(b) The financial loss is caused by IT security incidents and physical attacks, such as theft and burglary.

There is a close connection between a company’s security and its IT policy
The main security procedures that must be taken into consideration when it comes to information security are:

(a) Establishing an Information Security Policy or Company’s Security Policy, which is defined as: “A formal statement of an organization’s commitment to protecting its nonpublic information and its critical operations from harm by implementing policies and procedures.

(b) The importance of creating an information security policy is paramount because it will be the cornerstone used to inform others what the procedures are needed to protect business-critical information.

A company’s defense against lawsuits can be twofold:

(1) The company will only pay if they are sued and lose their case. If they knowingly break a security law, trust but won’t be sued as long as it’s not on purpose.

(2) The company will only have to pay if they broke the security laws intentionally.
This gives companies the idea that there is no point in protecting their computer systems as they can’t sue them. If a company does not break any security laws and it’s still trusted that they are not following through with their security policies, then there is no chance of them getting sued.

Does it matter how big your company is?

Yes, it does. Security is like a pyramid; the more significant your company, the more people, infrastructure, and data you have, and with that comes an increased risk of an attack. Securing your infrastructure needs to be dealt with proactively. The larger the number of resources you have, the more likely they will be attacked. But you can still be attacked by someone much smaller in size.

Although the security of your server may seem to be secure, there might be holes that they can exploit. The original creator of the code will not perform any security audits. There may also be flaws in how your server was installed and configured.
Some attacks are performed by command-line scripts, whereby the hacker could hack into a system via these scripts. You should ensure an updated operating system (OS) to fix this problem.

Why is information technology security so important?

1. When you are in a business, your employees are your most important asset. That means that they need to be secure at all times, especially while they’re working.

2. Information technology helps businesses grow and helps them stay ahead of the competition.

3. Cyber attacks can cause financial loss or even loss of revenue, thereby making a business vulnerable to attack from external sources or competitors who wish to steal their data or confidential information stored on their network.

4. Cyber threats are becoming more and more sophisticated. However, many attacks are aimed at critical infrastructure components, but in some instances, they are engineered to attack a business until it’s been destroyed persistently.

5. Attacks could also come from competitors who wish to take over or sabotage competing businesses by making their customers and suppliers lose trust in them.

Therefore, securing your infrastructure is critical in preventing cyberattacks. You can start by having a security awareness program in place. This program should cover all employees, particularly those with access to critical parts of the business. Then, you need to purchase and install security solutions that cover your network infrastructure and any mobile devices used by employees.

Also, you should make sure that your organization is using the latest security solutions to protect it from attacks. Therefore, securing your infrastructure is critical in preventing cyberattacks. You can start by having a security awareness program in place. This program should cover all employees, particularly those with access to critical parts of the business.